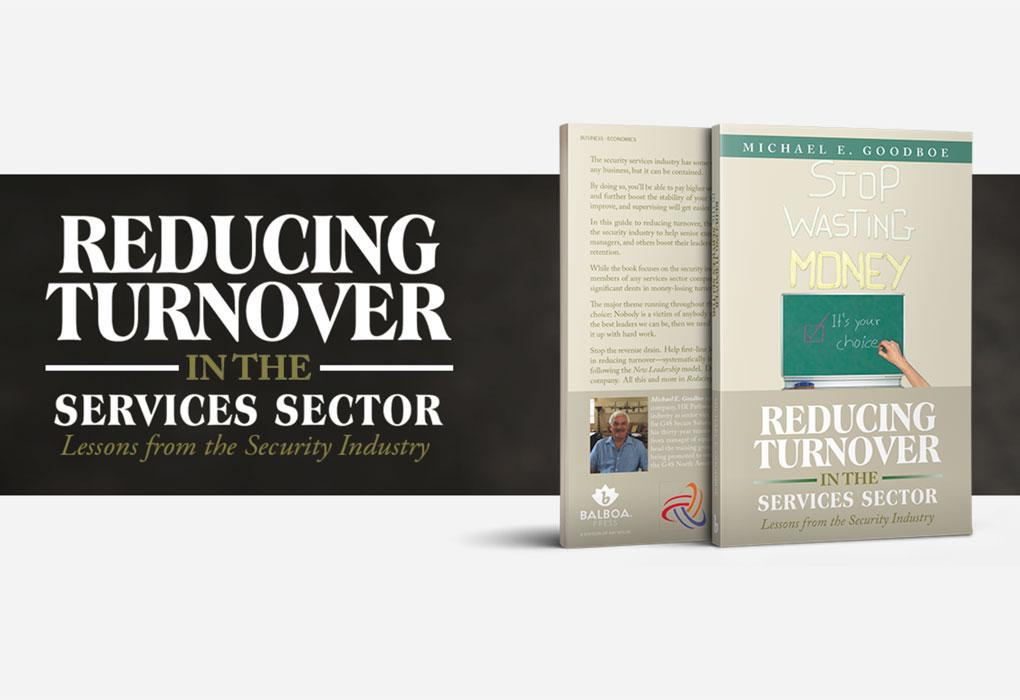 Note:  This is being updated during the height of the Covid-19 pandemic.  As people begin to return to work, some will take this opportunity to change jobs to change supervisors.  Others will return to the same job, highly motivated at first, but slipping into routines later.  Everybody in supervisory and management positions will need to up to the challenge of helping to retain your quality team members.  Keep that in mind as you read this blog.

Controlling the rate of turnover is one of the biggest challenges faced by companies today. As we return to business as usual, it will become even a bigger challenge. What company doesn’t want to keep its good performers? Here are some general tips for tackling the issue head-on. Read them over. Before you decide they won’t work in your industry, ask yourself why. Challenge the status quo.

In my book, Reducing Turnover In The Services Sector—Lessons From The Security Industry, I take a much deeper dive into the issue, explaining where high turnover comes from, who to focus on as the key position in the company to deal with it, and how to become the best leader possible in today’s services environment.

Step 1: Respect other people, no matter what side of the fence you’re on.

I guess I was about five years old. My mom was holding my hand as we walked in downtown Pasco, Washington to get me that new pair of shoes she promised. I remember feeling really proud. Everybody’s proud of walking next to their greatest supporter! We passed a lady my mom knew. When my mom introduced me to her, the lady said, “How are you, Michael?” I responded with a big smile, “Fine.” As we moved away, my mom seized the teaching moment. “Michael,” she said, ‘When someone asks how you are, you should say, “I’m fine, thank you. How are you?”

Five years old and I never forgot that lesson. I think they call that respect. It’s what one person owes to another at the outset. It is not earned; it’s owed. No strings attached.

Step 2: Measure how much turnover is costing you. Keep the numbers real.

The frustration in Drew’s voice was unmistakable: “Turnover is killing us.” As CEO he was ready to challenge head-on the assumption that high turnover in any service industry is inevitable. He put me at the head of a committee to determine how much turnover was costing us. I researched all the formulas. There are lots of them, some published by the Department of Labor and some by business writers.

But Danny, the COO and crack numbers guy” said, “The formulas don’t agree, and we have over one hundred general managers in the country that won’t accept numbers that aren’t real to them.” So, we carefully measured our turnover costs to the penny—sacrificing general hidden costs assumed by other estimates. We generated real-world numbers relevant to our business.

In Good to Great, author Jim Collins got right to the point: “People are not your most important asset. The right people are.” Ponder just what that means. Fundamentally, it means hiring the right people for your industry, paying them a fair wage, and nurturing a culture of mutual trust and respect. It also implies that you have done your homework.

You have researched the kind of person who is right for the industry. Each industry is unique. But here’s the kicker: Did you know that most industries attract people with similar traits? The research is out there. Decide the right fit and then go find them, hire them, treat them right, and fully engage them in the company.

Step 4: Select the right leaders; support them and hold them accountable.

“People don’t quit companies, they quit supervisors!” Anybody who has worked in corporate America knows the truth of that statement—or at least they should. Why is it true? It’s true because their direct boss--supervisor, manager, team lead, or CEO--is the company to the worker. In sociological terms, the immediate boss is that significant other who has power over the direct report. Although that power seldom extends to firing, the boss carries a lot of influence there, too.  And everybody knows it!

A good leader can stem the downward stream of people leaving the company, and even turn it around. Select supervisors with care. Give them your support. Hold them responsible for the turnover on their team. Consider making it part of personnel evaluations.

Never overlook the significance of the boss-subordinate relationship. It is key to keeping turnover manageable. If the new boss was promoted because of technical expertise and turnover goes up, consider some outside coaching in “people” skills.

If you’re serious about reducing the rate of turnover, you have to measure it on an on-going basis and publicize your progress inside the company. Every office and every region should know what their turnover trend is at any given time and how much it is costing. Reducing turnover has to become part of the culture. Accepting the status quo must not be an option.

Take a look again at Step 2, above. The data generated in that step should become common knowledge within the company. In Drew’s company, Debbie publishes the data monthly and the numbers are discussed in business reviews. In many of the offices, each supervisor’s numbers are reviewed by the general manager and discussed with the supervisor.

Has it worked? Absolutely! The downward trend in turnover has continued for five years,  at last count, since the process was implemented. Controlling the rate of turnover is now part of the culture.

One last caution:  Turnover is about retaining the people who are producing and NOT about retaining everybody.  Selecting the right people, training them well, and managing them like the adults they are must be major parts of the process.