All I Could Say Was: “Who does this?” 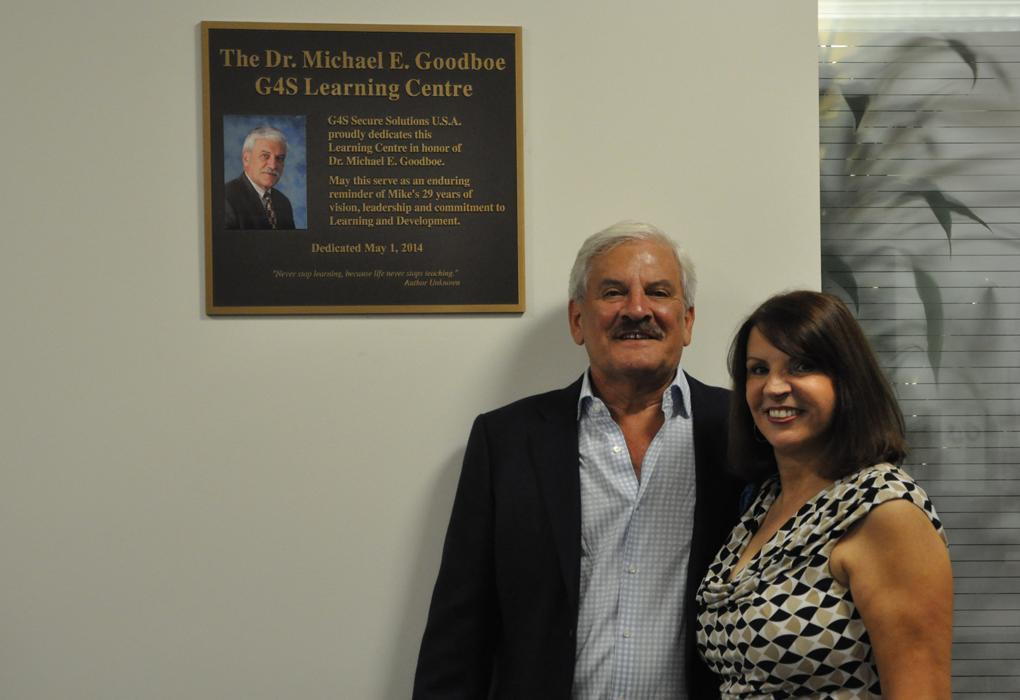 On May 1, 2014 something happened to me that will forever live in my memory. I witnessed the true goodness of human beings—people doing something few companies would do in today’s business environment, and though it happened to me, it was something that says more about my former colleagues than it does about me.

On that day I was invited back to G4S’ North America headquarters in Jupiter, Florida under false pretences. I was told that I was to have my picture taken along with the training and HR team, ostensibly for an article in the company magazine about something that had happened prior to my retirement over a year before. I wasn’t entirely clear about why I was being invited back, but I new it was for something important to the company. I was asked to jettison my new “uniform” of shorts and sandals for just that day, in favor of shoes, slacks and a sports coat. Oh yes, a tie was part of the request as well. That didn’t happen. After all, I had retired from the company!

Upon entering the building I was taken to Geoff Gerks’ office. (Geoff replaced me as SVP, Human Resources when I retired.) Geoff made some small talk around, “This will only take a minute. I’ll call the photographer and we’ll go into the Learning Centre and be done with it.” So we waited for the photographer to finish the set-up and when Geoff got the call, we followed the familiar route to the Learning Centre. Now here’s where it gets interesting, humbling and, yes, overwhelming.

Geoff opened the door and two adjoining rooms full of people shouted, “Surprise.” Then I saw my lovely wife, Zelia, sitting in the front row. My response? “What’s going on here?”

“What’s going on here” was that my former colleagues along with G4S Senior Management had been planning a special event in my honor since I had left, and now it was coming to fruition. The occasion was the official unveiling of a plaque dedicating the G4S North America Learning Centre to me in my capacity as former Chief Learning Officer, and renaming it The Dr. Michael E. Goodboe G4S Learning Centre. And I wasn’t even dead! OK, bad joke. I’ll move on.

I did not build G4S’ corporate university all by myself. That would be impossible! I worked with very competent and dedicated people who, with me, made it happen. People like Barbara Levine, Bob Shelly, John DiPietro, Deena Harkins, Lee Achord and Carmen Murell-Randall, who rose to the top leadership position in the North America Training Institute upon my departure. Selfless people like Geoff Gerks who spearheaded an effort to recognize his predecessor. And leaders like Drew Levine, Jenni Myles and Grahame Gibson who supported them in doing it.

Thomas Merton titled a book, “No Man is an Island.” His point is well taken. So, even though the plaque says cites me alone, it really honors a company and its people. Good people. G4S people. I am humbled. Thank you.